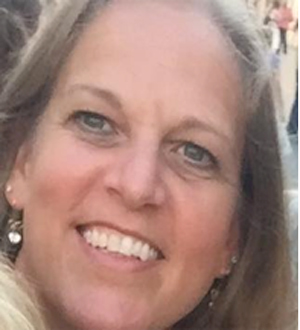 No stranger to the pageant world, Kimberly was third runner up to the Miss New Jersey Scholarship Pageant, and for 5 years was the Director for the Cumberland County Jr. Miss Program. Kim has also performed in two rock videos for KYW –TV and was featured in Mademoiselle Magazine in the cover story. “Burn, Calories, Burn!” In 1995, Dance Magazine published an article written by Kimberly on “Lyric Jazz”. Kimberly was the Artistic Co-Director, resident choreographer, and Ballet Mistress of the VRDC from 1990 – 1996.

She is the Artistic Director for the VRDC and the Co-Director at Maxine’s Dance Studio. Most notably Kimberly is making a difference in boy’s perception of dance.   Ms. Chapman started a free boys class to help boys realize that dance can improve their sports. The class is offered to afford boys the opportunity to understand and appreciate the art of dance while improving their agility, flexibility, coordination, memorization and athleticism. Kimberly has two children Angelina and Joseph.